Otherstory led a history walk with a difference in April 2019 in Bedminster, South Bristol. The walk used the medium of puppetry to tell the untold stories of Bedminster people who resisted the First World War, and who refused to kill.  This was a project in collaboration with Remembering the Real World War 1.

Two walks took place on 7th April, starting from the Tobacco Factory cafe.  The third walk started from the M Shed on Sun 28th April, as part of the Commemoration, Conflict and Conscience Festival. 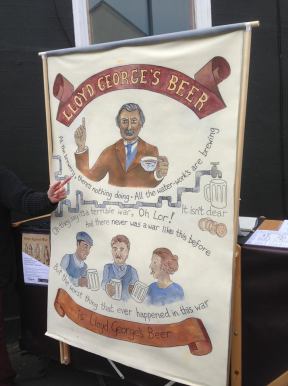 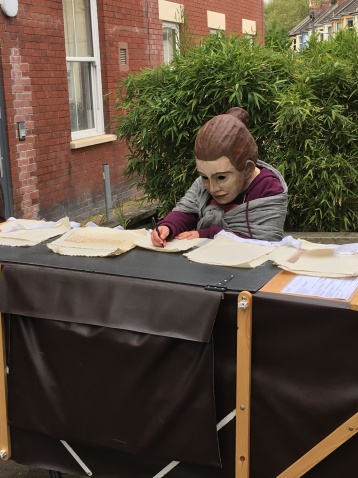 The route
The walk wound its way through Southville, along North Street and part of East Street, ending up at the Steam Crane pub.  At points along the way mini puppetry performances and songs told stories of the more than 30 Bedminster men who refused to be conscripted into the army in 1916/18, and the network of people who supported them.  Audience members were given a guide to the walk.

A community production
The walk was the culmination of a three month collaboration with a group of local people. The group researched the stories and made puppets and sets, at a series of workshops.  The project has been assisted by the input of Bristol Archives and Bristol Libraries.  Supported by the National Lottery through The National Lottery Heritage Fund; and using public funding by Arts Council England; and by the Arts and Humanities Research Council.